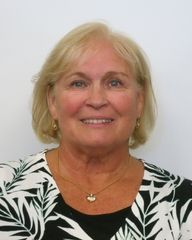 Chairwoman of the Board and President

Lynette Gay is Managing Director of Kensington Capital Children’s Fund, an organization that supports and works with multiple charities around the world.  She also currently serves as Chair of Engage Now Africa.

In 2002, Lynette helped launch an integrated development program in Ethiopia’s Rift Valley which has expanded to include Ghana, Sierra Leone, Namibia, and Uganda. The initiatives in these countries include micro-credit, education and literacy, medical services, water and sanitation, orphan support, and preventing modern slavery in all its forms. This program became Engage Now Africa.

In 2010, Lynette and her husband, Bob, founded and built Ensign College of Public Health in Kpong, Ghana. Completed in 2014 in conjunction with KNUST Ghana and the University of Utah, the college has become a unique educational platform in Africa that will serve health and education initiatives, global health programs, and projects globally. It will shortly be a U.S. accredited college, the only one of its kind in Africa. She currently serves as Chair on the Board of Trustees of Ensign College of Public Health.

Lynette has been active in leadership roles in several other organizations including the Ballard Center for Economic Self-Reliance and the Board of Trustees of Southern Virginia University.

Lynette is a trained medical assistant and has organized and worked in rural medical clinics throughout Africa for 15 years. She and her husband, Robert C. Gay, lived in Ghana, West Africa from 2004-2007, frequently traveling to Liberia and Sierra Leone, and continue to work in development in these countries.

Lynette and Bob have been married for 46 years and have seven children and 20 amazing grandchildren along with multiple dogs and horses.