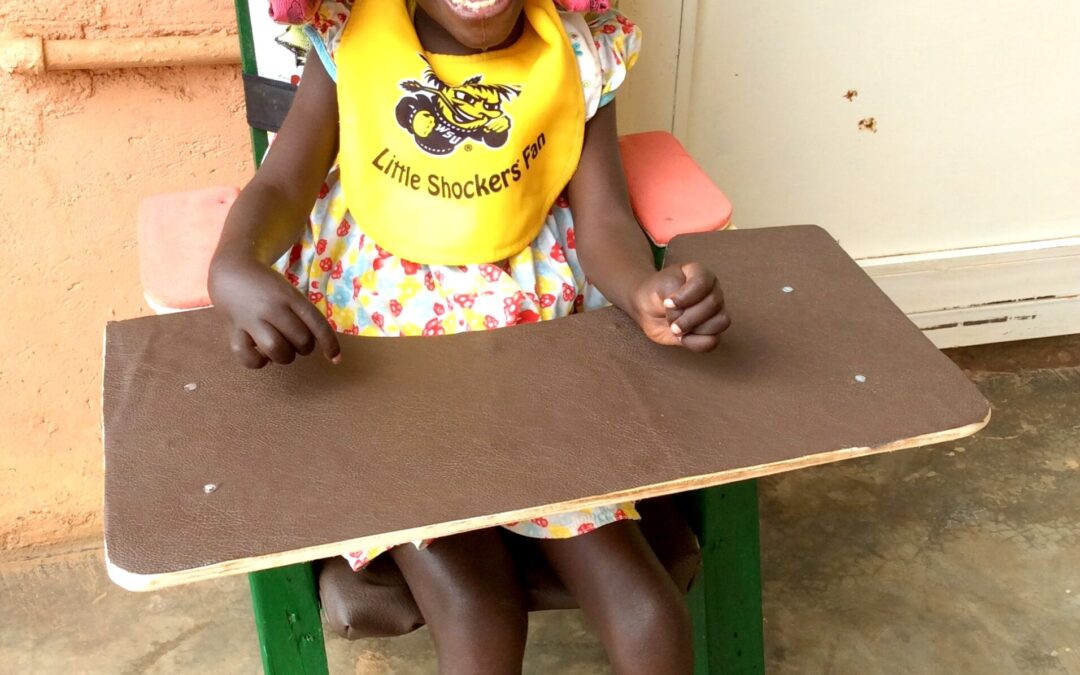 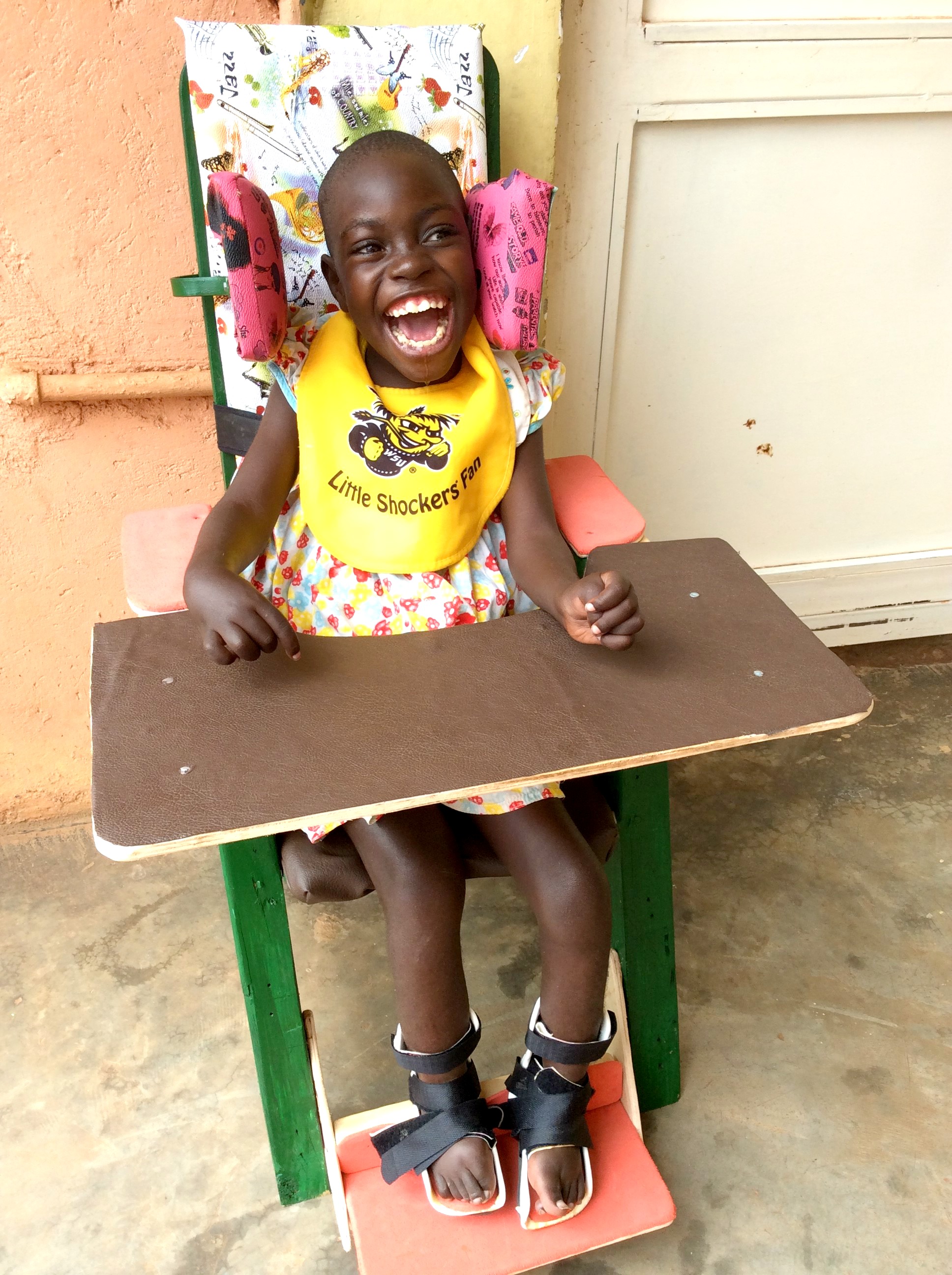 “A herd’s man approached me and told me that he had seen something in a sack but he was not sure of what it was. I asked him where he had seen the sack so we could go there and check. He took me and on opening the sack at first I thought they were piglets but on checking very well I found a baby, it was about to die. Her legs and hands were tied, her tongue was cut half way, part of her tooth had been cut or cracked on top and they had covered her face with a weaved basket, she was very weak.” -Agnes (Lady that found Hope)   Although born healthy on January 1st, 2007, Hope was kidnapped, trafficked, and then held captive for over a year when she was just one and a half years old by a witch doctor. As a result of being malnourished and tortured she now has cerebral palsy caused by oxygen deprivation from being bled regularly. She also contracted cerebral malaria, spasticity, poor limb control and posture. She is unable to stand or walk, and because of the Psychological trauma does not talk. Our partner Kyampisi Childcare Ministries provides Hope with full time care and physiotherapy. The police found out that the witchdoctor had taken Hope for ritual purposes, and the main reason was to sacrifice her to the gods for more blessings. Child sacrifice in Uganda is a crime and considered a form of human trafficking as outlined in the Trafficking in Persons Act, 2009.   In January, 2016 ENA was part of a joint operation with Freedom Now International, KCM and the Uganda police force. This operation resulted in the arrest of Hopes attacker after eight years of him hiding from justice. This week, Hope’s alleged witch doctor and attacker stood before the judge and we are excited to bring you the following update on her case from Chris Gay, ENA’s Managing Director of End Modern Slavery: Hope’s case was successfully transferred to the High court of Masaka for a fresh hearing. We are happy that Mr. Mike Chibita, the Director of Public Prosecutions (DPP) in Uganda has taken keen interest in this case. He personally ordered the withdrawal of the lesser charges of Kidnapping with intent to cause grievous harm against a child and increased the charge to Kidnapping with intent to murder a child, a capital offense.

The change in charges was due to the Uganda Trafficking in Persons Act of 2009 (TIPS, Act, 2009). The prosecutor was able to increase the lesser Court charge to a capital charge based on the TIPS act which increased the punishments for suspects convicted of Kidnapping with Intent to murder. The DPP was successful in having the court remove old charge based on old law and apply the new and correct charge based on evidence presented in the lower Court. This is a direct result of ENA and our donors providing funding for the prosecution of this witch doctor/ trafficker. This is a major victory and a step in the right direction. It is using the anti-trafficking law to properly charge suspects with this crime and demonstrate the serious consequences if convicted for this crime. We are helping the Ugandan law-enforcement, prosecutors, and judges understand this law and apply it properly in human trafficking cases. Now a new trial will begin in the high court this January 28th. We will not stop fighting until Hope’s captor is brought to justice and children like Hope no longer suffer at the hands of such evil. Thank you to everyone who has contributed to Hope’s legal fees. If you would like to contribute to Hope’s legal defense fund, we have set a goal of $5,000 to ensure she receives the legal support she needs. To donate to her fund,  please visit us here or you can text a donation to 71777, enter Hope2016  and click send.]]>