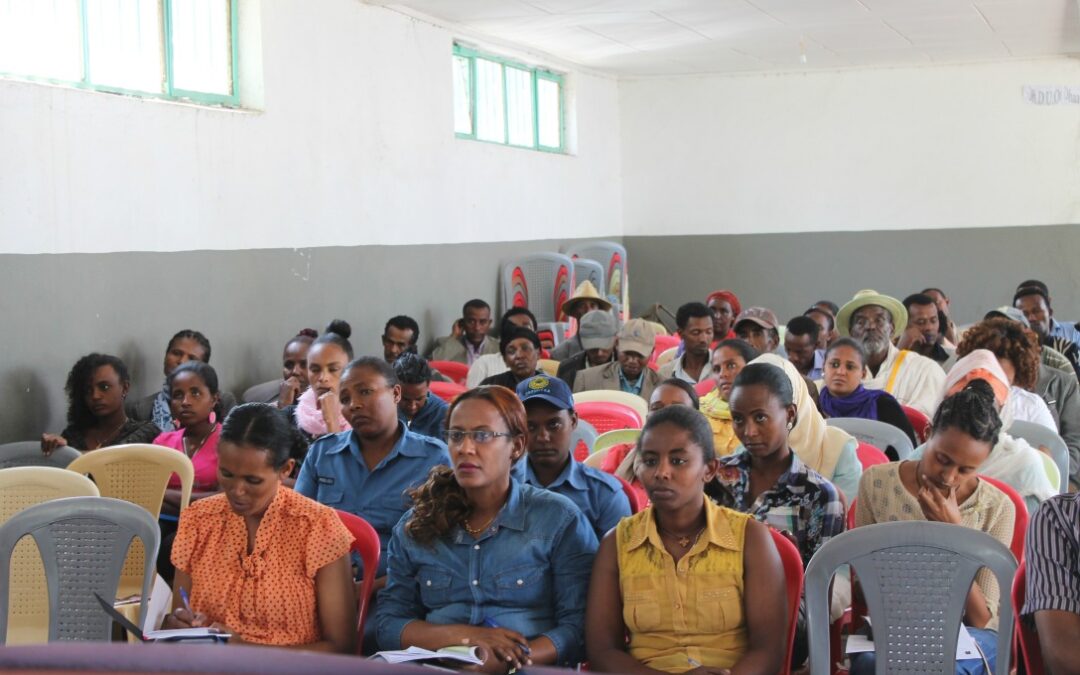 We believe spreading awareness about human trafficking in at-risk communities plays a key role in eradicating modern slavery throughout Africa and the United States. That’s why we provided an anti-human trafficking conference for 15 at-risk villages in Ethiopia. The training was attended by community elders, community leaders, local police departments, court officials, the Education, Communication and Court Bureaus, and Women’s & Children’s Affairs from across the region. The training focused on human trafficking both inside and outside Ethiopia, forced labor and forced servitude (slavery). We taught how the traffickers are taking children from off the streets and from rural villages for the purposes of domestic servitude, sex trafficking, removal of organs and forced labor without the government’s knowledge. Children are forced to work without any payment or education in return.  Those in attendance were shocked to learn about the different forms of  abuse, including physical and sexual, inflicted on the children, denial of salary, sleep deprivation, confinement, incarceration, and even murder. We also taught about the need for aftercare for modern slavery survivors because, for many, the abuse they endured leads survivors  to depression, mental illness and suicide. Finally,  ENA entered a partnership with police officers, court officials and other government leaders with the promise to work together in the fight against human trafficking. The trainees expressed gratitude for the training and excitement to implement anti-human trafficking programs and conversations back in their communities to locate and fight the illegal human traffickers and brokers in their respective areas . We are grateful to have a growing number of communities, government officials and police officers who are committed to increasing the awareness of and eradication of human trafficking alongside Engage Now Africa!]]>