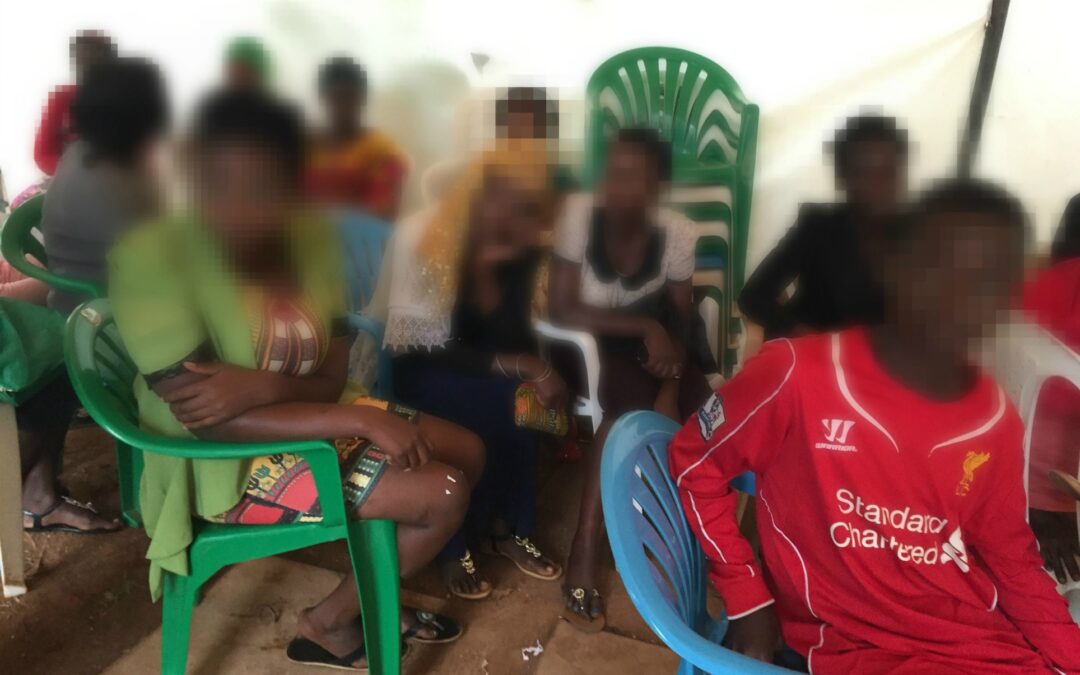 Breaking news– Ugandan Police officers working with Engage Now Africa and partners led the raid of a Ugandan business which brought forth enough evidence to convince the Ugandan government to make an immediate ban on Ugandans working as housemaids in Saudi Arabia. As a result, 34 females were rescued from being sent to Saudi Arabia that day and hundreds more waiting to begin their jobs were saved from potential mistreatment and reported torture and sexual abuse. The investigation, along with a disturbing audio recording of Ugandan housemaids in Saudi Arabia claiming to have been tortured and imprisoned that spread on social media this week,  prompted Ugandan lawmakers to take swift action. The raid took place on the morning of Thursday, January 21st at a business called Turkey Business Solutions located south of Kampala City, Uganda. Together under a new agreement, Engage Now Africa and its partners Freedom Now International, Kyiampisi Childcare Ministries, and the Uganda Police Force located and raided the office building. 34 women at the building were saved from being trafficked to Saudi Arabia. In addition, large quantities of evidence, including passports, were collected at the scene which ultimately uncovered a human trafficking network much larger than initially anticipated. This new evidence, in addition to the victim’s ongoing investigations, ultimately led to the arrest of Khalima Abdalla. Abdalla, a Kenyan woman, is suspected to be involved in a #HumanTrafficking syndicate. According to Ugandan authorities, Abdalla used her company to lure and recruit Ugandans, Kenyans, and Rwandans with lucrative job opportunities to become housemaids in the Middle East. The recruits would pay Abdalla a fee to have their documents and passports processed and she would arrange their employment in return. Her arrest the following day and the recovery of hundreds of passports of upcoming female housemaids awaiting to be sent to Saudi Arabia saved them from being sold into debt bondage slavery. Official Uganda Police Press Release thanking Engage Now Africa and our partners for our participation in the raid. Some of the 34 women saved from human trafficking after being recruited to work in Saudi Arabia as housemaids. We could not have imagined that the joint investigation led by Engage Now Africa and our partners would have such a profound nationwide impact on #Uganda, but, we are obviously very pleased and happy that it did! We would like to thank our new partners at the Uganda Police Force, especially CID officers (you know who you are) for their hard work. We would also like to thank Ms Polly Namaye for her letter and Muruli Wilson Mukasa, Minister, Ministry of Foreign Affairs for the decision to ban the recruitment and deployment of housemaids to Saudi Arabia. Passports and evidence uncovered during raid of Turkey Business Solutions Police uncover hundreds of passports and documents for Ugandans who were recruited and waiting to be trafficked to Saudi Arabia as housemaids. Official Press Release from Muruli Wilson Mukasa, Minister, Ministry of Foreign Affairs announcing the ban on the recruitment and deployment of domestic workers to Saudi Arabia and other countries.

Engage Now Africa is now asking all you to do what you can to help the victims and survivors of this syndicate. These brave survivors are the reason why so much success was achieved over the last few days. They are the reason there is now a ban in Uganda. Right now certain people are trying to intimidate and silence their voices. This must not happen! Very soon court cases, trials, and real long-term battles for healing and justice will begin. Please help Engage Now Africa now by donating whatever you can to provide the critical support needed for these courageous women as they begin their recovery and quest for justice against their offenders. Help create lasting hope for all survivors of human trafficking and modern slavery now. #ENAjustice To read more about this developing story in press releases worldwide, please follow the links below: Thompson Reuters Foundation News Aljazeera  All Africa News  In Live News ]]>